There are people all around us that suffer with a phobias or even multiple phobias, you’re probably one of them. You wouldn’t think that phobias could be so detrimental to ones mental health, what could you fear so much that you let it hold you back from day to day tasks?

For some people they never get to face their phobia, or if they do it’s once in a blue moon like arachnophobia (fear of spiders). It’s easy to run away from spiders, but what about people with phobias that they can’t escape from so easily. This is where it becomes mentally challenging, a constant fight between you and your head.

I suffer from Emetophobia (fear of being sick), as you would expect it’s something that is constantly there and I’m unable to just forget about it. I have had the fear ever since I can remember, it became worse after getting diagnosed with IBS. Those who know the side effects of IBS will know it gives you unpredictable stomach pains, whenever I used to have a flare up I’d automatically think it was the stomach flu. I would then be anxious to leave the house, which made it near enough impossible to hold down a job and damaged my social life.

Instead of seeking help I locked myself away and would ‘flight’ whenever I felt the tiniest bit of nausea, I would do avoid any situation where I would have to be inside whether that be a supermarket or round someones house. I’m sure you, or someone you know would/still is going through something similar. When you get into unhealthy habits it’s very difficult to get out of, only when I got to rock bottom did I think to ask for help.

1:1 counselling and holistic therapy was my absolute life saver, it helped me overcome all the bad habits I had got into and allowed me to manage my phobia and not let it control my life so viciously.

Don’t make the same mistake I did and resist reaching out to someone, your phobia isn’t silly. You’re just a normal person with fears and that is OK. 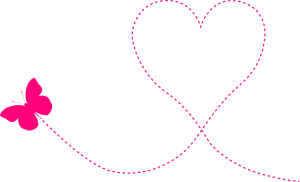